Whiplash is a non-medical term describing pain patterns and dysfunctions associated with injuries to the soft tissues of the neck. These tissues include the ligaments, tendons and muscles of the neck.

Whiplash is generally caused by a force or abnormal motion applied to your body or neck which results in the neck being forced beyond its normal range of motion. Whiplash can occur in multiple settings but most noted are motor vehicle accidents, sporting activities and falls. Whiplash Associated Disorder (WAD) describes the injury sequel and symptoms which can include pain and aching in the neck and back, referred pain into the shoulders, sensory disturbances such as pins and needles to the arms or legs and headaches. WAD disorders need an appropriately designed rehabilitation program for the neck musculature as well as manual therapy techniques including Active Release Technique, Functional Range Release, Acupuncture and Chiropractic care. 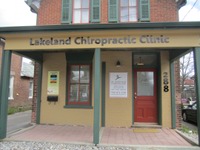